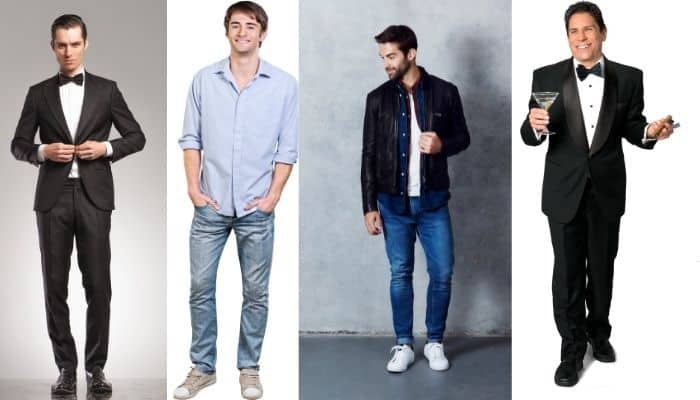 Can Jeans Be Formal?

As far as controversy is concerned, jeans are a controversial type of clothing because they are viewed as being anti-establishment by some people and as conformist to the establishment by others. Jeans are also controversial because of their association with youth culture and subcultures such as punk and skateboarders, who view wearing them as a symbol of rebellion against authority figures.

Because of their popularity, many people believe that denim is appropriate for all occasions. However, nothing could be further from the truth. Denim is not formal and should not be worn to any formal event.

Jeans are never appropriate for formal or semi-formal events because they are not considered dressy enough.

Consider These 7 Reasons Why Jeans Are Not Formal

Denim Was Created For Labor

Yes, that’s right; denim was created as durable pants for manual labor and working-class individuals. And while blue jeans have become more of an everyday item and have gone from workwear to fashion statements, they are still rooted in blue-collar roots.

Let’s rephrase the question. Is it okay to wear your outdoor work clothes to a formal event? Immediately you would answer no without any hesitation. Well… that is how you should think of jeans in comparison to formal pants. They are not even close to being formal wear.

Today’s blue jeans are far lighter than early versions of the pants and are made with more comfortable materials. They’ve also become more stylish.

But while denim may be more stylish than it used to be, its working-class roots can still be seen in modern fashion statements like ripped jeans or distressed denim that add a hint of toughness to an outfit.

With the rise of “casual Friday” at many workplaces during this decade, denim has since become increasingly popular for weekend wear with causal outfits like t-shirts or polos.

However, jeans remain quite a few rungs below formal attire.

Denim Is Too Casual for Formal Occasions

Wearing jeans to a formal event is a great way to stick out like a sore thumb. This is due to the fact that jeans are not as sophisticated as dress pants, which are required for all other formal occasions.

Denim makes a great casual wear staple, but it is not the best choice for all formal events. You may be surprised to find that denim is considered too casual for many semi-formal and formal events. 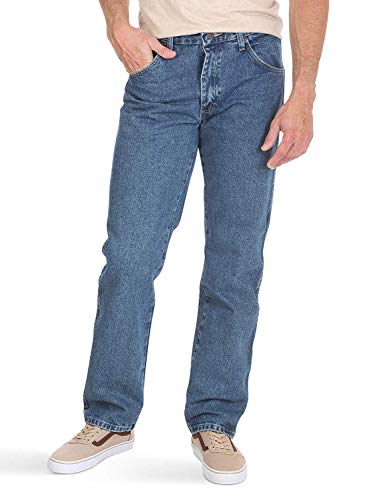 Wearing jeans to the office is one thing; however, wearing them out at night can make you look sloppy. In addition, it indicates that you don’t know how to dress appropriately for a special occasion. If you’re attending a wedding or dinner at a nice restaurant with your significant other, you don’t want to look as though you just rolled out of bed.

Denim Is Not Appropriate for Evening Events

Evening events require more dressy clothes than jeans. If your invitation says “black tie optional,” you should avoid wearing denim unless the event specifically states it is okay.

Denim is generally not considered a formal fabric. Therefore, it is usually not appropriate for evening events. Denim jeans are fine to wear during the day or at night with a T-shirt or blouse, but they should not be worn to semi-formal or formal events.

Evening events are much more formal than daytime events, so you need to dress accordingly. For example, if you’re attending a wedding and the invitation says “black tie optional,” it’s best to wear something more formal than jeans.

Denim Can Be Controversial

When President George W. Bush visited Great Britain in 2003, he was condemned by the British media for wearing his jeans to meet with Queen Elizabeth II. Jeans are often associated with a Bohemian lifestyle that some people find offensive or even dangerous when it comes to religion or politics.

Some people would argue that they are not appropriate at all because they are a symbol of everything wrong with society.

Critics of jeans say that they suggest a lack of respect for authority and other institutions, such as religion and higher education. They also say that jeans can be dangerous in certain situations, particularly if those who wear them fail to take them seriously.

Denim Has a Bad Reputation

Despite the efforts of Levi’s, Diesel, and scores of other denim brands, blue jeans are still considered by many to be the uniform of trailer parks, greasy fast-food joints, and disaffected high school students.

Jeans are casual, and there’s no getting around that. They started life as workwear and have never really shaken that association from our collective minds.

The good news is that a pair of dark denim jeans can be made to look dressy if you know how to pick the right ones, wear them correctly, and accessorize accordingly. The bad news is that they still aren’t formal trousers, but at least they’re not the butt of fashion jokes anymore.

Jeans Are Considered to Be Low-Class

Jeans are not formal. They are considered to be low-class. Which means that they are perceived as cheap. If you wear jeans to a formal event, the perception is that you think it is okay to dress in a low-class manner. There are certain events that do not call for jeans and some do.

If you want to wear jeans, then you need to find the right places. The right places will be at parties where there is no dress code or when you just want to be comfortable while still being perceived as classy.

If you’re having dinner with your boss or going out to lunch with co-workers, it’s probably best to leave your jeans at home. Chances are that your boss will be wearing a suit while the rest of your co-workers will be dressed in business casual attire.

Jeans may stick out from the rest of the crowd and make you look, low class. Even if you’re meeting for dinner with a friend, consider keeping your jeans at home. Most restaurants have a dress code for dinner guests and asking for permission before showing up in jeans may keep you from getting turned away at the door.

Denim Is Not as Stylish as Formal Clothing

If you want to look stylish then you must avoid wearing jeans with your formal clothes no matter how comfortable they may feel on you. People who wear jeans with their formal clothes tend to look like they don’t care about what they are wearing, which may lower their self-esteem as well as their status among other people.

At the end of the day, a man needs to look good wherever he goes. It might be when he’s going to work or when he’s on a date with the girl of his dreams. It might be at a business meeting or at a party. It doesn’t matter what the situation is, as long as he looks great in whatever he wears. 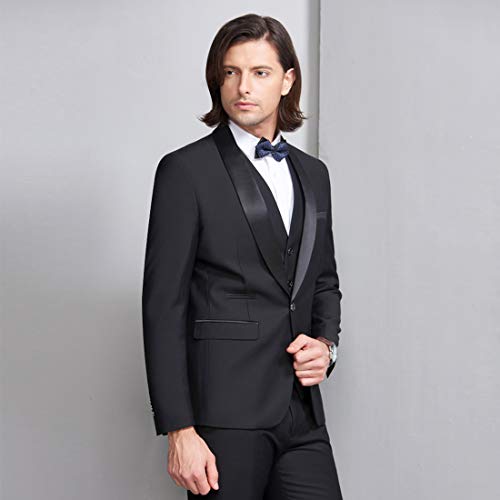 Tuxedos are one of the most elegant and stylish clothing items that a man can wear. They are perfect for any formal occasions that you need to attend. They don’t only look great but they also make you feel fantastic.

All men should own a tuxedo and it is even better if they own two of them. With two tuxedos, you can use one for special events and another for regular occasions.

You don’t want to show up looking shabby at an event where everyone is dressed in their best clothing. You want to look your best at all times and that is why it is so important to invest in good quality formal clothing like tuxedos.

Jeans Are Not Appropriate For Company Functions

Denim is not professional or business-casual attire. While jeans may be acceptable in some casual work environments, wearing them in a more professional environment could be considered unprofessional and disrespectful. If you’re unsure about the dress code of an event, it’s best to call ahead and get confirmation of what is appropriate attire.

Sending a message that you don’t care about the event is not good etiquette. As with any kind of business situation, it’s best to dress up just a little bit more than those around you.

In summary, formal events include weddings, business meetings, and dates. With so many opportunities to wear something more appropriate than jeans

If you plan on wearing jeans to a formal affair or event, they should be dark blue or black, and they should be dressy jeans that have been tailored to fit you properly.

Denim is not appropriate for evening events, including dinner parties or receptions. Denim is too casual for formal occasions. It looks sloppy when paired with a formal gown or tuxedo.

You may also be interested in… How Are Chinos Different from Trousers? (Slacks, Jeans, Formal or Informal?)